Skip to content
Freon, R410A, and the Future of Eco-Friendly Air Conditioning

Freon, R410A, and the Future of Eco-Friendly Air Conditioning 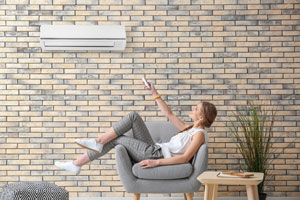 t’s just about impossible to imagine surviving a Maryland summer without air conditioning. But using that A/C has a big impact on our planet – something we here at Carroll Home Services are particularly sensitive to as we approach Earth Day later this month.

Besides the impact of running our A/C 24/7, there’s also the problem of refrigerant. Up until recent years, Freon (also called R-22) has been the refrigerant of choice for most home air conditioners; it has also been doing a number on our ozone layer, which is why it is scheduled for a full-on phase-out by 2020.

The story behind the rise and fall of Freon (and the subsequent rise of R-410A, its eco-friendlier replacement) is an interesting one; we’ll summarize it here. After that, we’ll take a look at how the elimination of Freon might affect your decision about repairing or replacing your home air conditioner in the coming months and years.

A history of Freon and A/C refrigerants

How will the Freon phase-out affect me?

Although you do not have to buy a new R-410A system right away, make sure you properly maintain your current A/C. Preventative maintenance will decrease the likelihood of a refrigerant leak; it will also improve efficiency and lower your bills.

However, if you have an R-22-based air conditioning system that is more than 10 years old, you consider replacing your A/C now rather than later. Why?

Contact a Carroll cooling system specialist today to learn about your A/C installation options, or to get a FREE, no obligation estimate on a new, high-efficiency air conditioner for your Maryland home!